Honey, I joined a Cult Review

Honey, I joined a Cult Review

Looks like our first cult is a bust, so it’s time to move on to the next one! Start a new cult in a new city, but this time let’s try to keep the heat off us. Have a blast in this top-down cult simulation game. Create a cult, customize your look, and make a name for yourself. Gain followers and cult members to earn money and reputation. Work your way up to be the biggest and best-rated cult in town in this Sim game called Honey, I Joined a Cult!

The game goes for a comedic art style with short stubby characters that look kind of like emoji characters. This tends to do well to show that it’s intended to not be a serious style game and lends well to the wacky buildings and creations you will make.  You can create how the leader of the cult looks and the style all your cult members will look at the beginning of the game, so as your members grow, their fashion style will also follow.

There is only one real repeating song that tends to play during the game, and this song has a decent catchy tune that reminds me of elevator music. It’s quite calming and especially since you can spend countless hours on this game. The other audio cues are mostly used to notify you when a job is done or when the sermon is planned. The audio lends well to the game and helps keep track of things, especially if you like to multitask with certain games.

The game opens up with the police busting your cult, so what do you do? You escape with your things, and you create a new cult with a new theme. I decided that for fun I would create a cult called TheBros, which is why all my members have aviator glasses. The game gives you decent freedom in naming and creating fun little designs for your characters, which I think is ideal in sim-type games. Send your members on missions to increase your PR, decrease the heat on your cult from police/protestors, and acquire items. Spend your influence on researching new perks, new buildings, and items. You gain money and influence from followers and members in each of the buildings in your house. Your ultimate goal is to upgrade your cult to become the best cult in the town and create your journey.

The game gives you decent freedom in naming and creating fun little designs for your characters, which I think is ideal in sim-type games. The tools they give you to build, design, and decorate your rooms are well done, and they have a ton of options to keep you busy for countless hours. I do wish they had a simple upgrade button for upgrading new items instead of having to delete then re-add new items. The game is in early access, so hopefully, we see it added in the future.

The research tree is very extensive with plenty of upgrades and new items, and the UI is similar to that of a Civilization research tree, which I really like. You can unlock some fun buildings such as an Energy Spa, Discombobulation Therapy, Infernal Heat Room, and more! Some rooms, items, and abilities can be unlocked from the Divine Inspirations, which are the dark and sinister ones. One such room is the contract room where you get more money and influence out of a particular follower in exchange for them….disappearing. I do hope that I will be able to spend my PR or Faith on more things in the future, as I tend to sit at max PR and Faith for most of the game.

You can choose which followers you want to become members which both are capped to a certain number. Once they are a member, you can upgrade and modify their abilities to suit your needs. Each stat seems to be equally important and useful for specific rooms. You will also need multiples due to certain missions requiring specific stats to succeed. I do wish they had a better UI for the rooms. Hopefully, in a later update, you will be able to click a room and easily assign a member to the room, but for the time being, you can click a member and click the room to assign them to do the role.

Honey, I Joined a Cult is a fun exciting sim game with plenty of customizable features to make my time with the game a blast. The visuals and audio do a decent job of setting the tone, while the story is a straightforward simplistic goal to achieve. Managing your cult, rooms, and members are well made and is a great game to play while listening to a podcast or watching Youtube. While the game still needs some work, it is in early access, so I hope to see these ironed out in the long term. I can easily recommend this game to Simulation game fans out there as one to look forward to. I spent over 20 hours playing and had a blast!

The game is due to come to Geforce NOW this week. 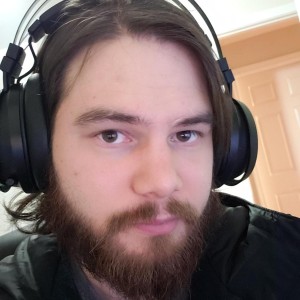